Getting to the Root Cause of Mold in Schools 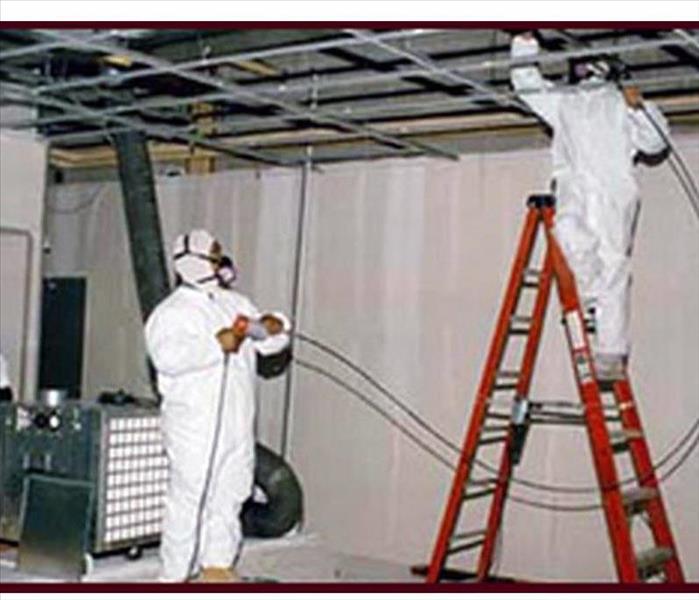 Have you ever been driven crazy by a young child who keeps asking “Why?”  That kid may be onto something.  Developed by Sakichi Toyoda and used by automotive companies and other industries to improve safety, quality, productivity and cost, “5 Whys” is a tool used to identify the root cause (origin) of a problem.  Simply asking “Why?” at least five times can help you move past looking at symptoms of the problem and onto addressing the root cause of the issue.  For example:

Why is there mold in this classroom? Mold grew where condensation formed on the ceiling.

Why is there warm, moist air in the classroom? Humidity permeates the walls of the building during warm weather.  Since air conditioning was installed, the windows aren’t opened much anymore and some of the window seals are no longer tight.

Why isn’t the moisture being removed by the air conditioning? The HVAC system is set not to run between midnight and 6 a.m. on weekdays, and it does not run on weekends.

Why doesn’t the HVAC run during the evenings and on weekends? To reduce consumption of electricity.

Once you know the root cause, you’re in a better position to address the real issue.

Renovation can be a cost-effective way to get few more decades of use out of an old building.  Schools that are more than 50 years old were designed and built during a time when energy efficiency was less of a concern.  Since buildings from that era “breathed” more and classroom windows were opened and closed during the school day, moisture build-up and mold growth was less of an issue.

When old schools are renovated, improving energy efficiency often involves the installation of vapor barriers and additional insulation, tightly sealed low-e windows, high efficiency HVAC and low energy consumption lighting.  Properly engineered, installed and operated, these upgrades can improve both the learning environment and operating budget.  Unfortunately, mold still occurs in renovated schools and the mold growth can often be traced back to one or more of these root causes:

HVAC that operated in a manner which allows moisture to build up during times when the building is not occupied.

Of these root causes, preventing moisture from permeating the building is likely to be beyond the scope of the immediate mold remediation project.  Adjustments to the HVAC system will probably be done by the Maintenance department or the HVAC contractor.  However, the principal or administrator of the school will probably appreciate knowing that running their HVAC at reduced levels during evenings and weekends will probably save them from having to call you back in for another mold job.

Because “concerned parents” tend to bring a lot more attention to situations than teachers and administrators want, consider the following when conducting your site assessment and preparing your project plan:

Be prepared to complete your work in one evening or over the weekend. Concerned parents will be alarmed if they see people in PPE at school.

When setting up containment, hang an additional poly film visual barrier outside of your transition zone. This visual barrier will give your team a place to stage equipment and supplies in the clear zone and keep curious eyes off your gear.

Remind the newer members of your team that we don’t discuss the work that we do with people who are not on the team.  It’s especially important to keep the details of school jobs confidential.

The younger children are, the more sensitive they tend to be to environmental contaminants and to the chemicals that are used to remediate.  If the classroom or area is used by special needs students, recognize that this population has a higher rate of being immunocompromised and may have additional health considerations.  Cleaners and disinfectants that meet US EPA Safer Choice or Design for the Environment (DfE) requirements meet federal standards for low environmental impact and greener chemistries.

Observe the level of cleanliness in the building before you start the project. Mold needs a food source and inadequate housekeeping tends to promote mold growth.  Some schools are kept very clean and others are not. This may be an opportunity for improvement that needs to be discussed with the administrator as part of the project conclusion.